In the process of using hard chromium additive, the workpiece coating is prone to pinhole phenomenon, which will affect the appearance quality and production efficiency of the workpiece.What causes this?

According to the field experience and the characteristics of the hard chromium additive Cr-2, Bigolly Technology analyzed that the pinhole phenomenon is mostly caused by the gas (hydrogen) staying on the surface of the workpiece, and may also be caused by the pits on the base metal.The causes of pinhole phenomenon are complex, mainly including the following seven reasons:

1. If the metallographic structure of the base metal is not uniform or the internal stress is not eliminated enough, these positions will not be plated with chromium layer and form pinholes. The distribution of pinholes is relatively irregular.

2. The oil stain on the surface of the workpiece is not thoroughly cleaned, and these places are not conductive or have poor conductivity during chrome plating.The gas produced by chrome plating is easy to stay in these places and produce pinholes, which are dense and irregular.

3. There are rust spots on the surface of the workpiece. Some workpieces have serious rust spots. During chrome plating, pinholes will occur because the rusty parts are not conductive. 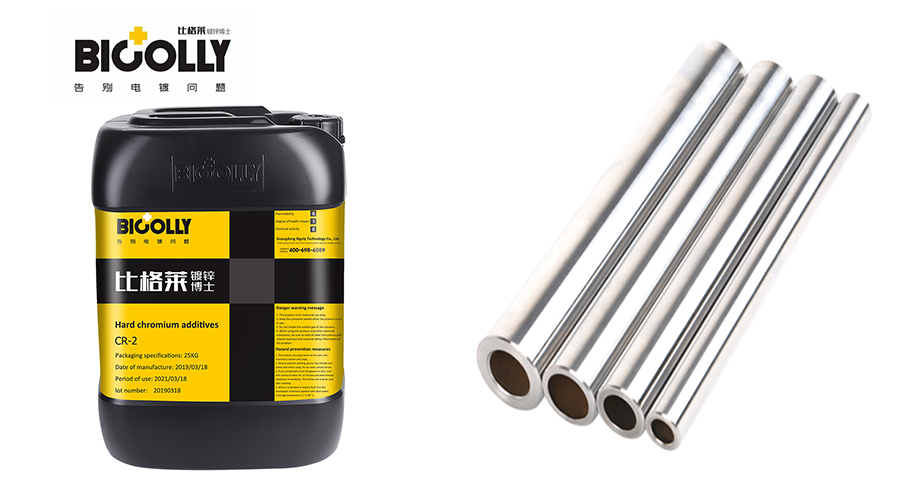 4. The sulfate content in the plating solution is high.If the content of sulfuric acid is high, the content of trivalent chromium will also rise rapidly, and basic chromate will be formed on the surface of the cathode, so that the quality of the coating will decline and pinholes will be formed.

5. The surface of the workpiece is rough or scratched, and the gas is easy to remain during the chrome plating process, resulting in pinhole phenomenon.

6. There are solid particles attached to the inner wall of the workpiece in the plating solution or the plating solution has the effect of oil stain. The viscosity is relatively large, the fluidity is poor, and the gas is not easy to escape during the chromium plating process to form a pinhole phenomenon.

7. Excessive iron impurity content.In the process of chromium plating, due to the rise of pH value near a large amount of hydrogen evolution cathode, the colloidal substance formed by Fe3+will increase the surface tension. In addition to the defects of the part itself, the gas is easy to remain and form pinholes.

Therefore, we should pay attention to the above seven points in the process of using hard chromium additives to reduce pinhole failures and improve production efficiency.If you are interested in hard chrome additives, please contact Bigolly customer service for free samples and detailed technical information!

If you want to know more about chrome plating,you can click to view "Common problem".