Just that day, Mr. Jia met with Bigolly's engineers for a return visit. After seeing this phenomenon in the production line, he immediately stopped the practice and explained to Mr. Jia and the operator,If the plastic workpiece is not cleaned after palladium activation treatment, too many catalytic particles on the surface of the workpiece will affect the service life and stability of the solution. It will also lead to the deposition speed of the workpiece during electroless nickel plating is too fast, the coating is easy to appear loose and poor adhesion, and will also lead to the scrapping of the electroless nickel plating solution. 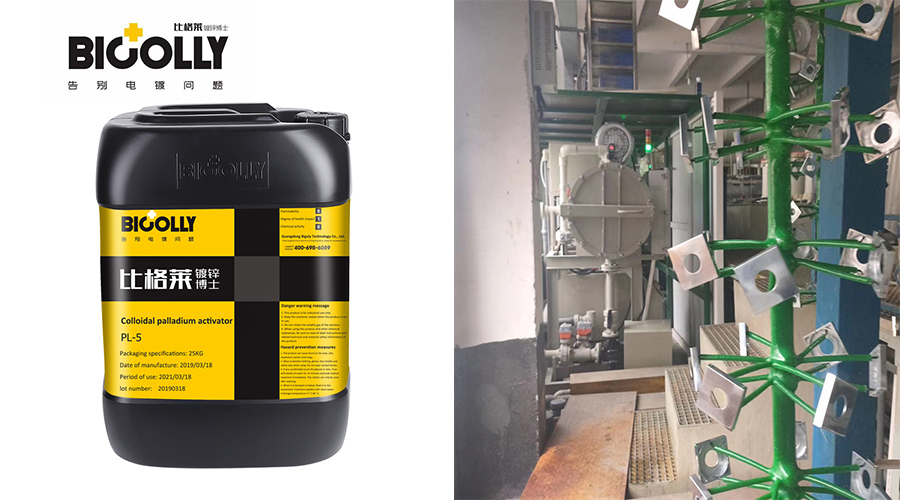 If you want to know more about palladium activator,you can check "Electroplating encyclopedia".